If you are a fan of Shanghai Port FC, you might find his name familiar and might even have once received replies and autographed photos of football stars sent by him. ZHAO Haochen, being the heartwarming “messenger” connecting fans with players, serves as Press Officer for Shanghai Port FC and is an outstanding graduate of the International MSc in Management (IMM) Programme at KEDGE Business School. From a football fan to sports journalism practitioner, he has been committed to pursuing a career in sports. After finishing his studies in France, ZHAO Haochen returned to China, joined Shanghai Port FC in 2017 as wished and has been making breakthroughs together with the team ever since. Football makes people happier and closer and is enjoyed by people from across the world. Holding dear his passion, he is committed to making greater contributions to China’s sports industry in the future.

Haochen has been passionate about football since childhood and was once the captain of the football team at Youth Sports School in Luwan District, Shanghai. Competition on the green field taught him sporting spirits of hard work and collaboration and sowed in him the seed of pursuing a career in sports journalism. He studied Journalism in East China Normal University for four years, during which he worked as an intern for TV stations in all summer breaks, immersed in the world of sports journalism, learning to collect, edit and report news and gaining in-depth understanding of the sports industry, in particular that of the football industry.

The internship experience revealed to him that knowledge of management and operation was indispensable if he intended to become a senior sports journalism practitioner. Therefore, upon graduation, he set off for Europe, one of the most developed modern football markets, to pursue further education. 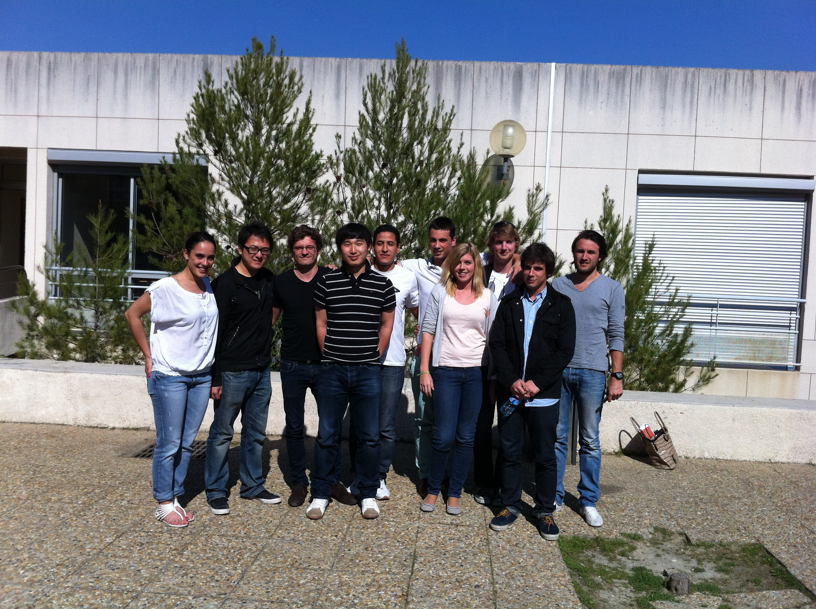 The idea of knowing another culture and learning another foreign language led Haochen to apply for the International MSc in Management (IMM) Programme at KEDGE Business School. He was successfully admitted thanks to his excellent academic performance and rich internship experience. In 2011, he left for Marseille, the French city where the campus is located and football culture flourishes. The well-known Stade Vélodrome (home field to Marseille football club) became his must-visit venue every weekend during his time in France. 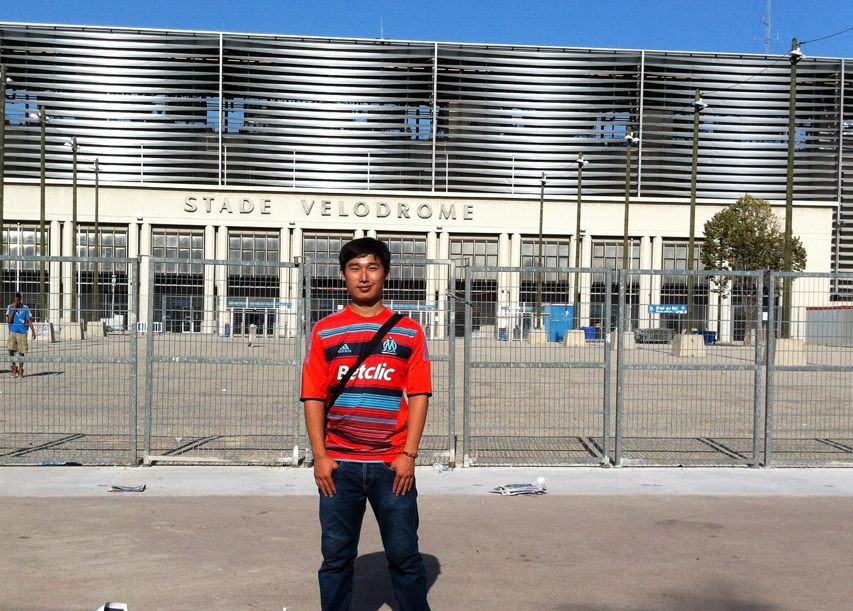 Study at KEDGE: Get Ready for A Career in Sports Journalism

Though his time at KEDGE Business School is not very long, Haochen gained both personal and professional growth during his study there.

The class schedule at KEDGE is extremely busy, in that on some days he had classes from 8 in the morning straight to 10 in the evening. Intensive class schedule was a challenge, but it also made him better at making adjustments, managing time and working productively. Meanwhile, pooling classes on some days meant that he had large chunks of time on other days. There goes a traditional Chinese proverb: traveling ten thousand miles is as important as reading ten thousand books. Being interested in history and culture, Haochen made use of his spare time to travel in multiple European countries, stopping at every famous football stadium of course. 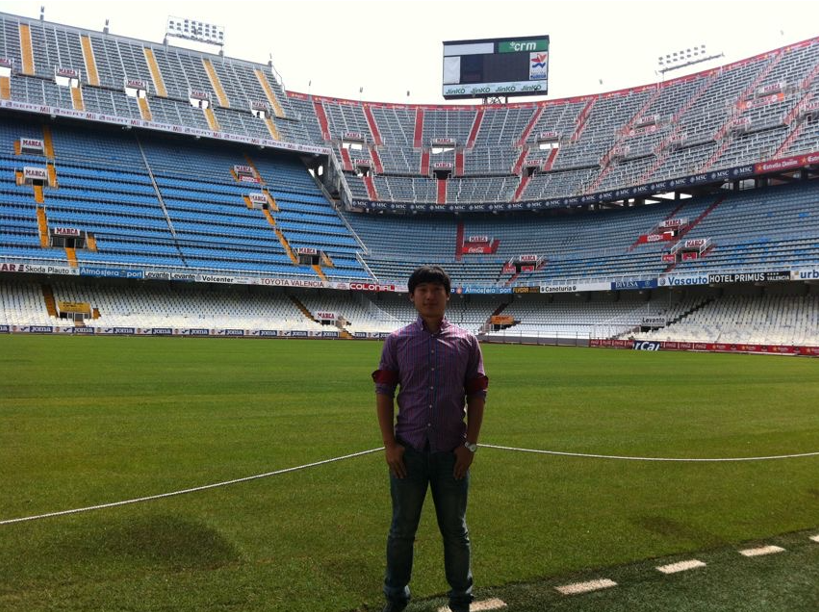 Furthermore, Haochen became the only Chinese to join the football team of Marseille campus at KEDGE. Through routine training and competition, he became more familiar with European football culture and expanded his social network. The communication with co-players having different nationalities, cultures, languages and skin colors brought him cultural insights and sensitivity. This proves to be helpful in his current position, because as Press Officer at Shanghai Port FC, he deals quite often with foreign football players. 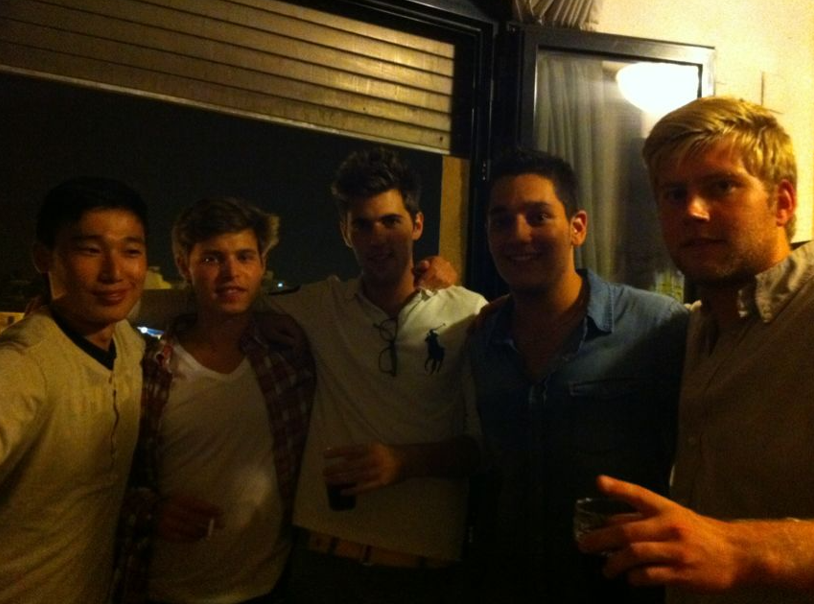 A qualified Press Officer should of course be equipped with basic knowledge of operation and management of football teams. The practice-oriented classes at KEDGE laid a solid foundation of management knowledge for Haochen, in that he learned to reflect on the management of enterprises, organizations and the smooth operation of football teams from a macro perspective by preparing for and repeatedly refining project plans together with classmates. Haochen was offered an internship opportunity at València Club de Futbol right before graduation, during which he was exposed closer to the operation of an internationally well-known football club, including the basics of team training, business cooperation, ticketing and TV broadcasting. 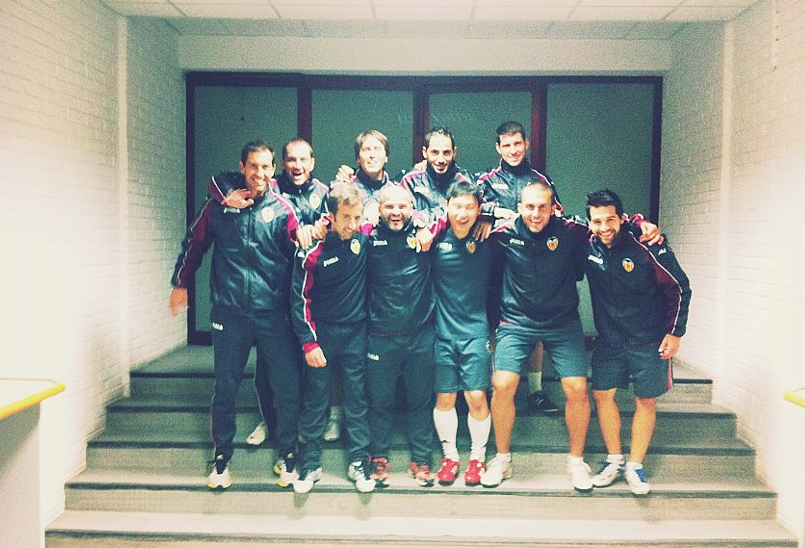 Haochen worked first for Shanghai TV Station and later MasterCard International after returning to China. However, he still dreamed of working in the football industry. Because of his passion for sports and his understanding of cross-cultural communication, Haochen came onboard Shanghai Port FC as Press Officer, realizing his dream of becoming a journalism practitioner in the football industry. 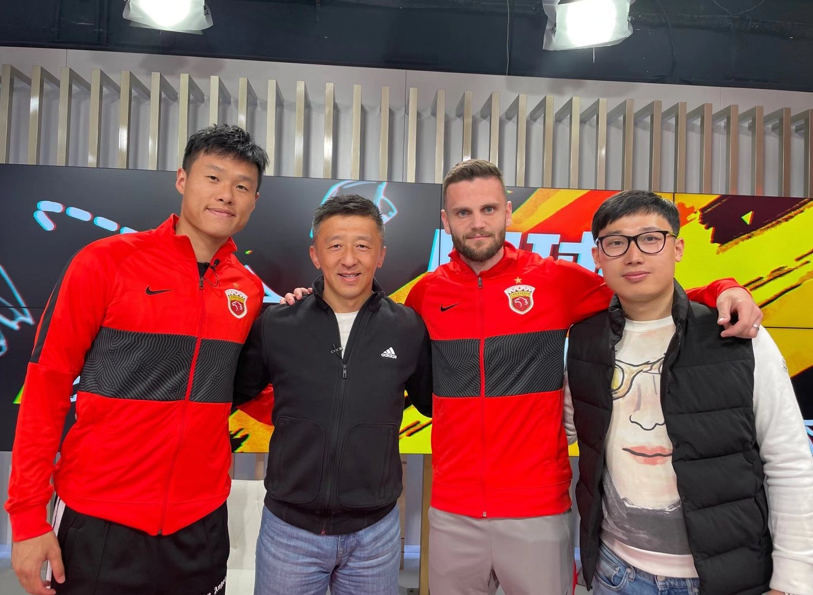 This year marks the fifth anniversary of Haochens joining Shanghai Port FC. Having turned passion into a career brought him also many challenges. As Press Officer, he is in charge of all-year-round communication. 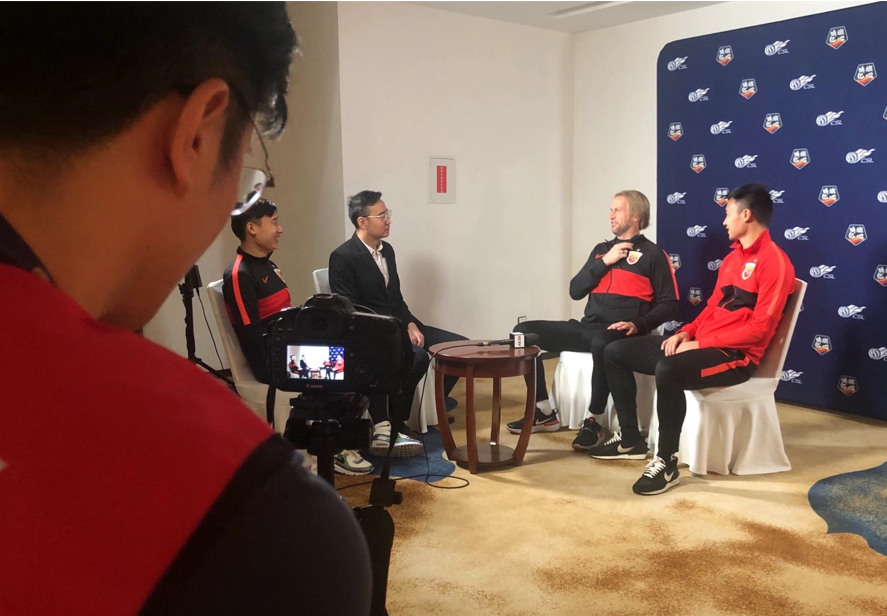 Annually, the FC competes in over 50 regular matches. In his daily work, Haochen must prepare unstoppingly for pre and post-match media open day, press conferences and player interviews. Meanwhile, a large amount of media requests must be dealt with and an increasing number of team advertising activities needs follow-up. Looking back at his work in the past five years, he is appreciative to the top management of SIPG and the FC for their trust which gives him the opportunity and the platform to make full use of the knowledge learned and gain precious working experience. 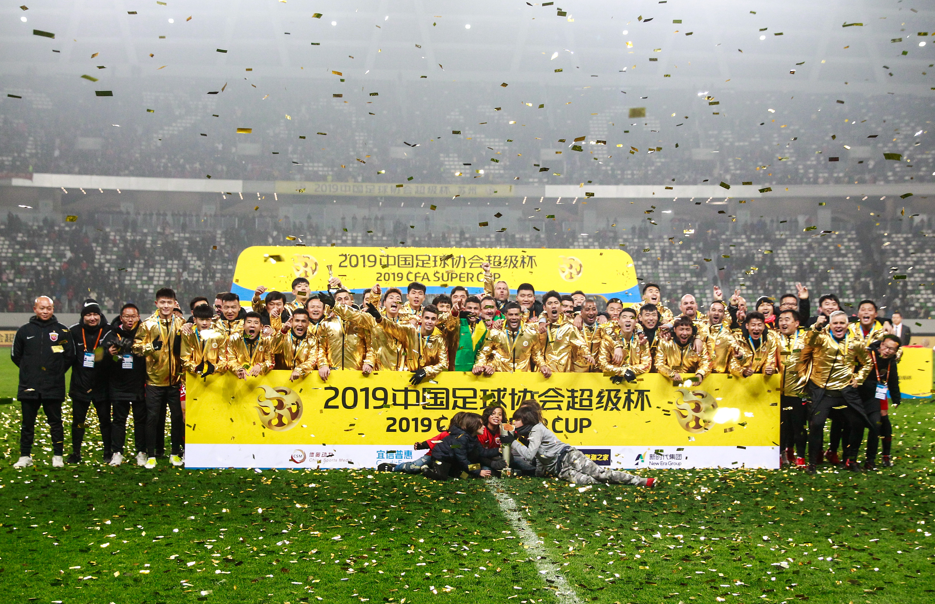 As a part of the Shanghai Port FC, he has seen the team achieve great successes over the past several years, which constitutes the most unforgettable memories in his professional life. Examples would be recent breakthroughs made by Shanghai Port FC in some Asian games, as well as winning the Chinese Super League (CSL) Championship in 2018 (The last time a Shanghai football team won a top professional league title was back in 1995). 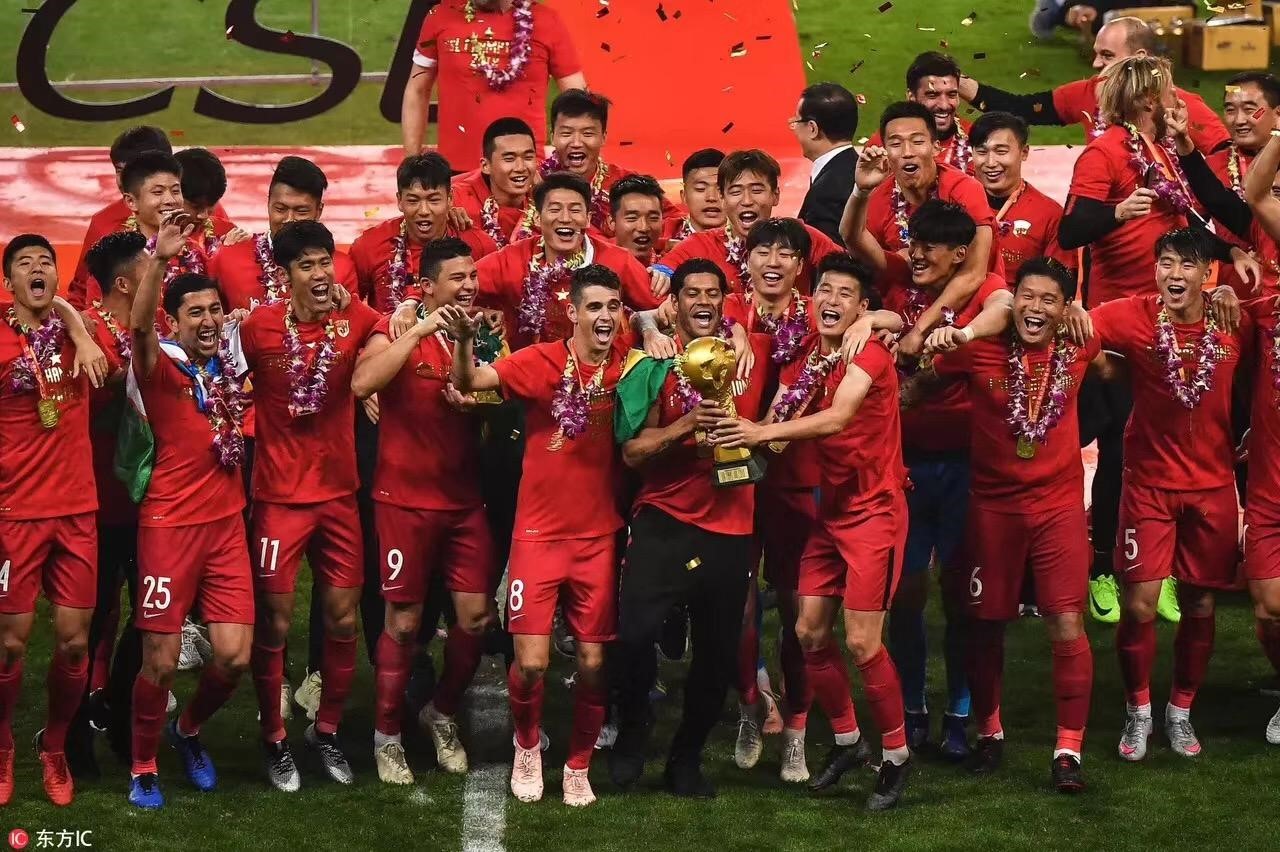 Now, Haochen is faced with new challenges emanating from the high-speed development of the media industry as well as the COVID-19 pandemic. As many competition schedules have been changed due to the pandemic, conventional communication timeline and methods might not be fit for emergent situations. Apart from main promotion channels used before, the FC is also exploring diversified media channels, including famous short-video and social media platforms for the purpose of better communication. In order to adapt to the market rhythm in the new era, man should keep learning to increase the flexibility. 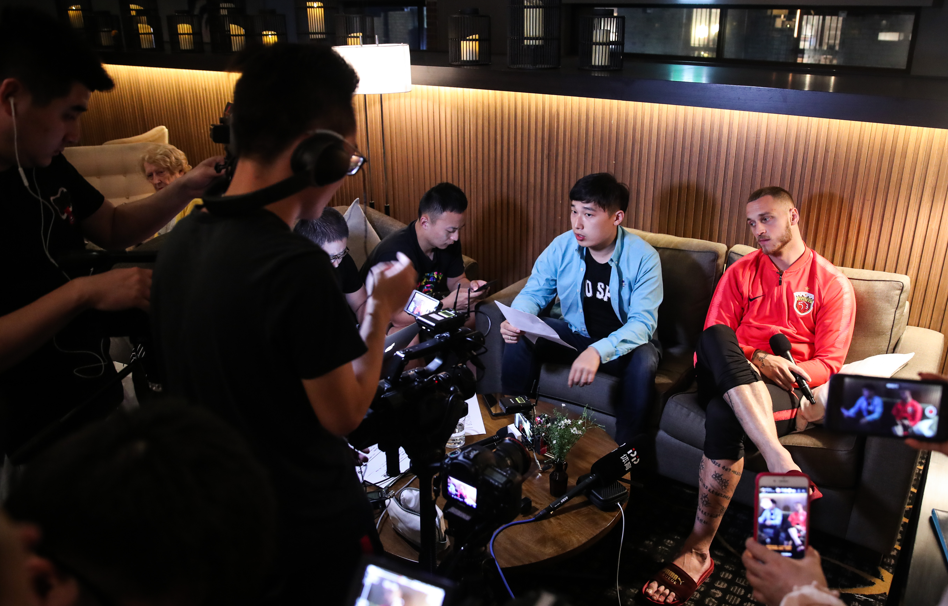 Advice for Future and Current Students at KEDGE

At the beginning of a new school year, Haochen wishes to share with future and current students the following advice:

Wish all future and current students great successes in their studies abroad at KEDGE. Go for it! 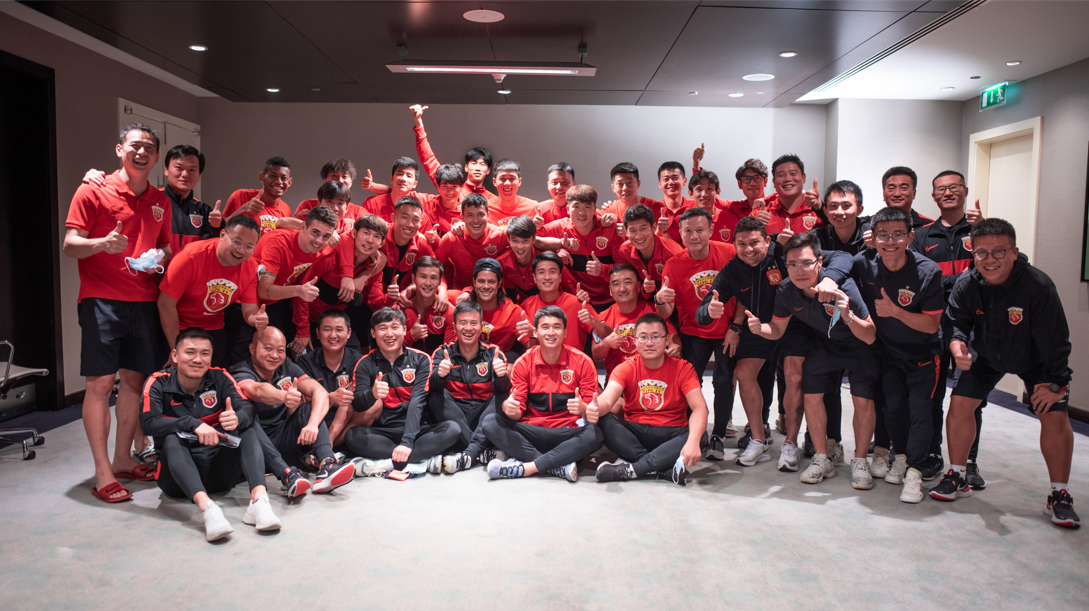