Could you tell us about your educational background, and what you studied at KEDGE? What programme did you take at KEDGE?

I started doing a doctorate in management in Sao Paulo almost four years ago. While doing my undergraduate degree in international relations, I took courses in French. That's when I was first introduced to France.

Then, when I first came to the university here in Brazil, my director said that she knew a professor at KEDGE, and also that it was possible to do an exchange at a school in France. I thought that was a very good opportunity and going abroad would be an advantage for my doctorate.

I had lots of discussions with her over the next two years, and gave her the information she needed to organise everything. At the end of those two years, in 2018, everything was finalised and I went to KEDGE Marseille, in France.

I really enjoyed being able to meet the people in Marseille who had a lot of knowledge, were internationally recognised, and who had written several publications. It was a very good experience. I was able to attend congresses and conferences - it was very valuable.

So I spent six months at KEDGE Marseille, and then returned to Sao Paulo to finish my doctorate.

Why did you choose to go to Marseille? Was it something you really wanted to do, or was it just that you seized an opportunity that came up?

I was very interested in France because I would be able to find out what another lifestyle was like… and people are quieter in France (laughs). What really interested me are the social issues, which can be neglected here. The government of Brazil doesn’t participate as much as it does where you’re from. Additionally, I was able to study my subjects with more depth, and in another manner.

Plus, I already knew some French people in the city where I lived in Brazil and had studied the language, so it was really a combination of factors that led me to choose France and KEDGE.

What differences do you distinguish between Brazil and France?

There are no big differences between a French and Brazilian education in my opinion.

On the other hand, to earn a doctorate in Brazil, it seems that we learn in a more practical manner, whereas in France you work a lot on theory.

Here at my college, a lot of value is placed on quantitative wealth, whereas at KEDGE I found that it was the qualitative wealth that was valued. 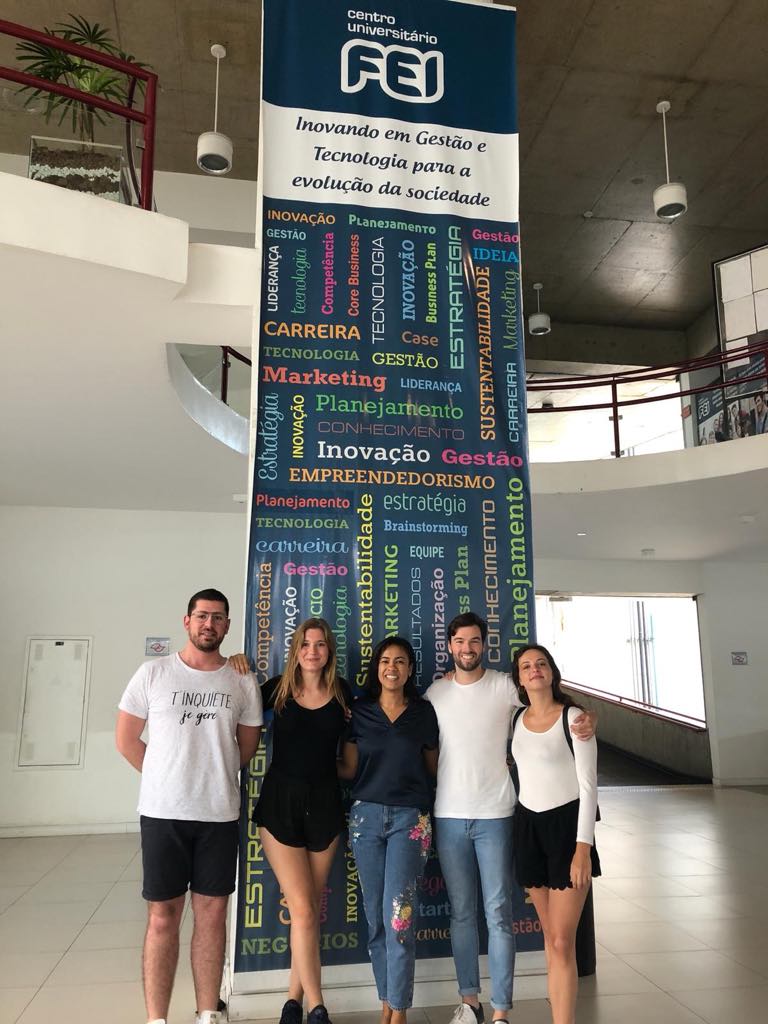 What are your plans for the future? Where do you see yourself in 5 years? In 10 years?

I can see two paths. I’m not very satisfied with the political situation here in Brazil, but I’ve never thought of leaving my country permanently. I may want to find a post-doctorate job abroad. When I started my PhD, I was thinking of sitting the exams in Brazil and lecturing in public universities. But unfortunately, there a big bill has been introduced - which I think will be confirmed – regarding the destruction of public universities in Brazil, and it is very sad.

Is it because you would prefer to teach more in public universities than in private ones?

Here, in Brazil, it's better to work in public universities. I have a friend who teaches at a private university, but it’s really not the space to find a wealth of knowledge. Those schools are by private American companies whose only goal is the pursuit of profit.

In that case, do you plan to work abroad?

Yes.  That could be an idea - in France or Canada, for example.

How did KEDGE help you achieve to goals after you moved back to Brazil?

It opened my mind. I finished my semester at KEDGE in June, which is what helped me find a job. The international experience opened doors to me to possibly find work outside Brazil. It helped me to find more opportunities, and I was able to improve my profile. I have entrepreneurial friends who know KEDGE, they say it's a very good school and that it has a good reputation.

Did you have any apprehensions before you left?

It was the first time I had gone to Europe because I don’t come from a wealthy family. My mother worked as a cleaning lady to survive.

My time at KEDGE was my first time being out of Latin America. I had been learning French for three years, and then it gradually grew. Once I was there, I did like the French would do – I found an Airbnb (laughs) and that was a whole new thing for me. I had fears - but that’s normal. It’s the fear of the unknown.

After the Airbnb experience, I found and moved to a student room. I was surrounded by others and made some friends. They helped me find cheaper things in order to live with only a few things (laughs). Considering that the Brazilian Real/ Euro conversion rate is not in our favour, it was very expensive at first.

What advice can you give to a young KEDGE graduate who is hesitant to start a career in France?

Say “BONJOUR” before anything else (laughs, laughs, laughs) and never speak English, because the French don’t like it.

More seriously, France is a very good country to go to study. It has very good training programmes.

Knowledge has no barriers. It's also something, as I told you, that can be found in teachers: knowledge is not something closed.  Even now, I think France is a good country for someone who wants to learn, and who wants to contribute to society.

And on the flip side, what if it''s a French student who wants to come to Latin America, whether to work or to study?

There are great opportunities here. In Sao Paulo for example. Europeans are welcomed. I don’t think it's hard to find a job. In Brazil, different know-how, coming from somewhere else, would be well received.

Are there any cultural quirks that you need to pay attention to, like you would in France?

No, not really.  Well, maybe one little thing! When Guillaume (Team KAS member) contacted me by phone (laughs) for example! We don’t get phone calls here in Brazil - we find it weird. We think, “What did I do?” (Laughs). We communicate via messages, e-mails, WhatsApp, etc. Even a copy of a divorce contract sent via WhatsApp would be valid (laughs). 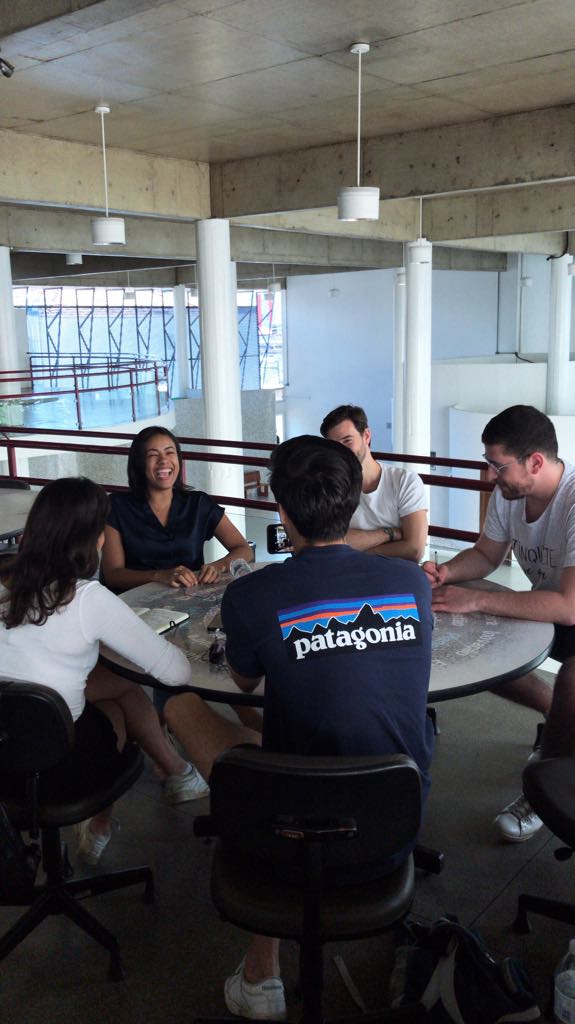 What do you think the growth sectors in this country are? For example, are there positions for new graduates?

Service. Here industrialisation happened around 1980, tops. But it didn’t work as well as it did in, say France or the United States, because our economy isn’t as well structured. For example, the car company Ford, left Brazil, I think.

Most of the work in Brazil comes from the service industry and small businesses (80% of employees here work in SMEs). Now we are losing a lot of industries, which is a risk because we could become an agricultural country again, or worse, a country without social security, without benefits for workers.

What is your role as one of our Alumni? You attended KEDGE and are now part of our global network.

It's a good experience for me; it's very interesting. For example, Jeremie administers a KEDGE group on social networks in Sao Paulo, and has organised events for us to meet. So, I can chat, talk about work, network, and even get interviews. It's like what I said before, with KEDGE here, it's easy to organise meetings, to discuss things, to see each other, which is not necessarily what happens in my university.

LEARN MORE ABOUT THE KAS PROJECT